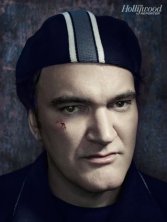 Quentin Tarantino has filed a copyright lawsuit against Gawker Media for allegedly facilitating the dissemination of copies of his unproduced script, The Hateful Eight.

Last week, the famous director was outraged after details about the Western circulated. He was so irate that he told the media that he wouldn’t be making the picture as his next film.